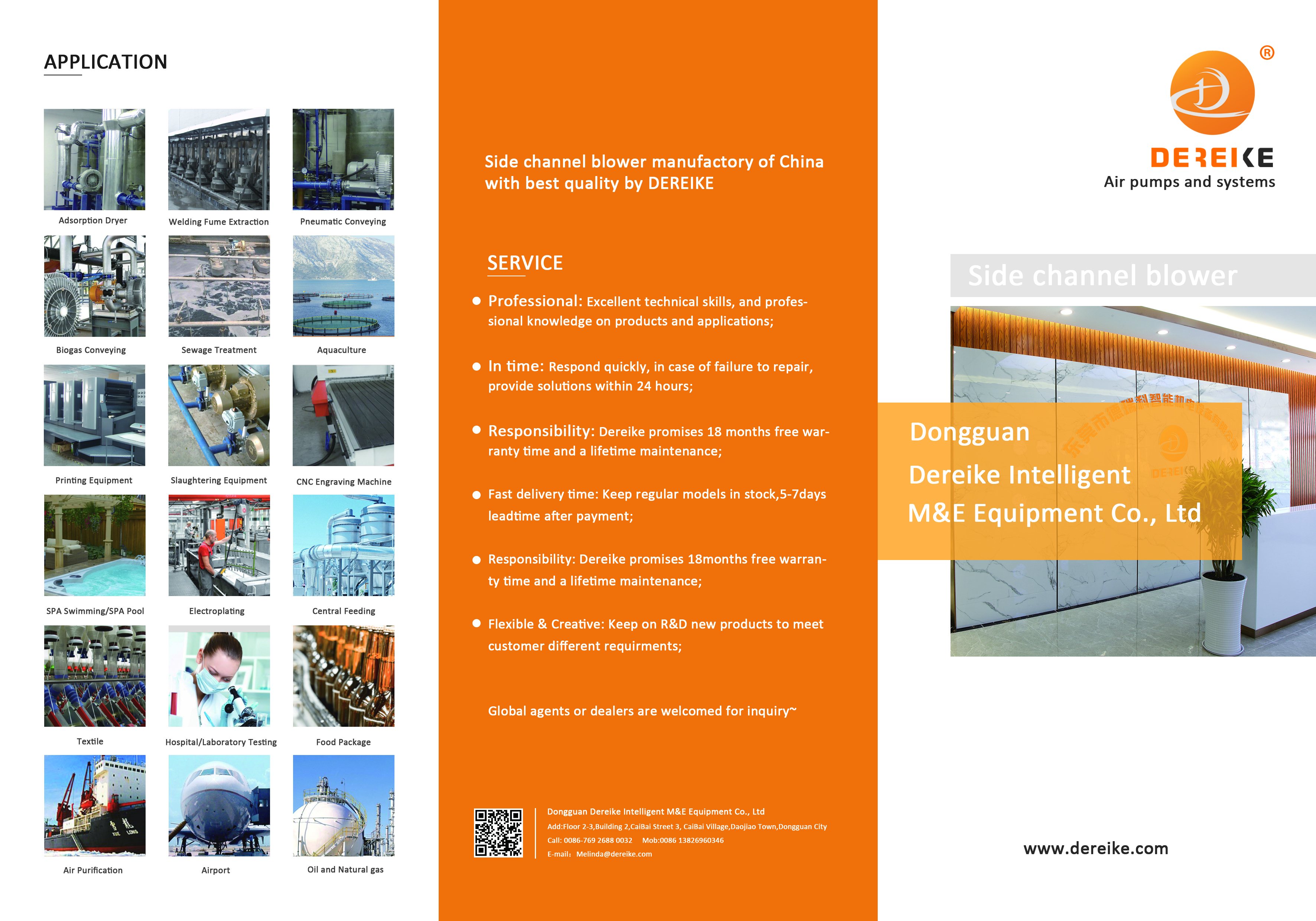 Firstly, in the aspect of design, through the widely application of scientific research achievements of impeller, volute and other components, the manufacturing accuracy is further improved, and the efficiency of various fans is increased by 5%-10% on average. At present, the most advanced centrifugal fans have adopted three-dimensional flow impeller, the maximum efficiency can reach 87%, and the maximum efficiency of axial fan has reached 92%.
For example, the 4-71 and 4-74 three-dimensional flow impeller centrifugal fans developed by Shenyang Blower Research Institute in 1992 for the renewal of medium and low pressure centrifugal fans are new products of high efficiency and energy saving. Their efficiency is 4% higher than that of the old fans of the same type. The average annual power saving of each fan is about 2000 kW per hour. However, the manufacturing process of the three-dimensional flow blade used by the fan is more troublesome, the manufacturing cost is higher than that of the ordinary blade fan, and the cost of technology transfer of the product is higher, which increases the manufacturing cost of the whole fan and exceeds the user's affordability, so it can not be popularized in the whole industry.
Secondly, the use of the introduction of advanced international technology to promote the development of energy-saving fan products. For example, Shanghai Blower Works Co., Ltd. and Shenyang Blower (Group) Co., Ltd. have introduced the technology of adjustable axial fan with movable blades from TLT Germany and Novenco Denmark respectively; Chengdu Electric Power Machinery Works and Shenyang Blower (Group) Co., Ltd. have introduced the technology of adjustable axial fan with static blades from KKK Germany. Hanfan Co., Ltd. has introduced the technology of adjustable axial fan with moving blades from Mitsubishi Heavy Industries, Japan; Guangzhou Fan Factory has introduced the technology of axial flow and centrifugal fan from Nordic Ventilation Equipment Co., Ltd. of Denmark; Chongqing General (Group) Co., Ltd. and Siping Jinfeng Co., Ltd. have introduced the high temperature fan from Hauden Co., Ltd. of England. Technology; Shijiazhuang Fan Factory Co., Ltd. has introduced the manufacturing technology of centrifugal ventilator of Japan Junehara Company.
In addition, it is very important to adjust the gearshift mechanism and change the operating conditions for energy saving of fan products. At present, most of the fan speed change mechanism is relatively backward, and some products use traditional triangular belt, turbine as speed control device, most of them still use adjusting door adjustment. Because of the above reasons, although some fans have high internal efficiency (up to 86%), their device efficiency is only 30%. With the application of hydraulic couplers and transducers in fans, the operation efficiency of fans has been greatly improved, but the number of applications is extremely limited.
At the same time, the research and development of energy-saving blowers should be vigorously carried out during the Eleventh Five-Year Plan period, in which foreign countries have taken the lead. For example, Japan has made appropriate improvements to the shape of flow passage parts such as volute and impeller, effectively preventing the generation of eddy current and flow separation, and its adiabatic efficiency is 5%-10% higher than that of the original centrifugal blower; Swiss-made large-flow centrifugal blower has imported guide vane devices at each stage, with a variable efficiency of 82%; The energy saving rate of the multi-stage centrifugal blower is up to 20% after the imported guide vanes are continuously and automatically adjusted; the efficiency of the high-speed single-stage centrifugal blower can be increased by 10% after the semi-open radial impeller with high speed and high pressure ratio is adopted; and the tail gas turbine is installed at the other end of the main shaft of the blower, which meets the requirements of environmental protection as well as the requirements of environmental protection. The goal of energy saving has been achieved. Roots blower has adopted three-leaf Roots blower, which not only saves energy but also reduces noise.
In the development of centrifugal compressors, more three-dimensional flow impellers should be used to increase the efficiency of impellers by an average of 2%-5%. For example, three kinds of three-dimensional flow impellers for gas pipeline centrifugal compressors developed in the United States, the impeller efficiency can reach 94%-95%. The efficiency level of single-axis multistage centrifugal compressors in Japan has also been further improved, and the adiabatic efficiency of the first large-flow semi-open three-dimensional impeller reaches 94%. Its regulation mode should be more driven by industrial steam turbine or gas turbine, and the goal of energy saving can be achieved by changing the speed.