Market Situation of Blowers for Sewage Treatment in Korea 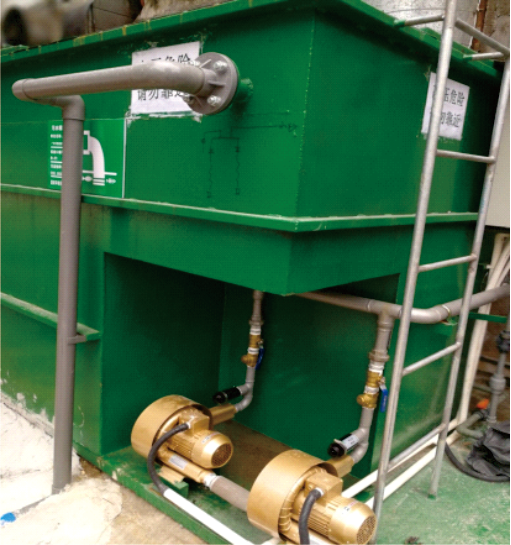 However, since 1985, gear-accelerated single-stage turbine blower has been formally adopted as an aeration blower because of its high efficiency, compact structure and low cost. From the market point of view, in the past there was no manufacturer of gear-increasing single-stage blower in Korea. As a result, European and American manufacturers have entered the Korean market one after another. There are four European blower manufacturers and two American blower manufacturers in Korea. As a result, an unprecedented situation of international competition has been formed in the world. 1. International cooperation in the production of aeration blowers. Since 1984, Kawasaki Heavy Industries Co., Ltd. of Japan and Ruiyuan Wind Machinery Co., Ltd.,

the most powerful one in Korea, have cooperated in the production of aeration blowers for sewage treatment. The main components of the blowers, such as the rotor, are all produced by Ruiyuan Co., Ltd., which has the advantage of price competition. Ruiyuan Company has made many achievements in producing multi-stage blowers. In order to meet the needs of producing single-stage blowers, the company has introduced multi-axis CNC machining centers, precision balancers for small rotors, power frequency conversion devices and so on, striving to improve the technical level of single-stage blower manufacturing plants, so far. So far, nearly 50 single-stage blowers have been produced. As the only domestic blower manufacturer in Korea, Ruiyuan Company has formed a competitive trend with European and American manufacturers. It is well received by users for its less failure and timely after-sales service. 2. The market trend in Korea in the future. Considering the high popularity of sewage treatment plants in large cities in Korea, it is believed that the main demand will develop to small and medium-sized local cities in the future.


The capacity of its blower will also be dominated by small machines (less than 100m3/min). The construction of sewage treatment plant has been saturated for nearly ten years. With the continuous development of secondary treatment, i.e. high-precision treatment, and the need of aeration blower, in the next ten years, the number of small-scale machines will be increasing. With the increasingly fierce competition in the blower market, it will continue to develop in the direction of high efficiency, energy saving, small-scale resource saving, low price and high reliability. Moreover, after-sales service for blowers manufactured abroad after delivery can also strengthen collaboration with domestic users to do a good job of after-sales service and achieve more economic benefits.