General Knowledge of Fans-Reference for Type Selection of ai 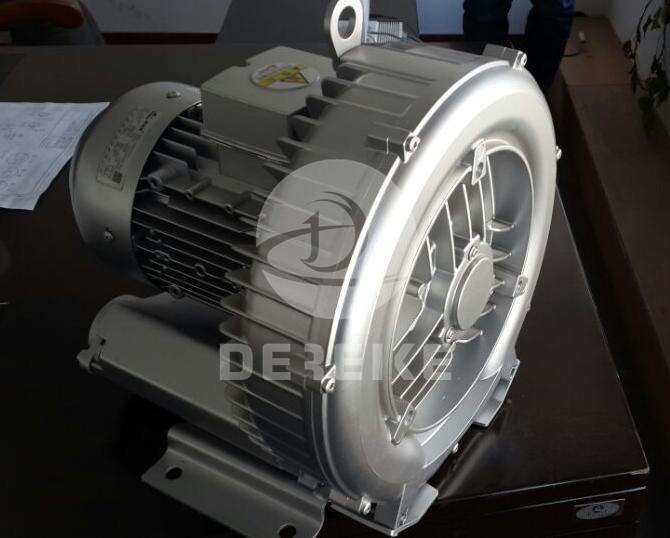 The selection of air blower type is usually stopped by the following steps:
1. Calculate and confirm the required ventilation volume in the tunnel.
2. Calculating Total Thrust It
It=Delta P× At(N)
Among them, at: tunnel cross-sectional area (m2)
P: The sum of resistance (Pa); generally, the following four items are included:
1) Tunnel intake resistance and outlet resistance;
2) The external friction resistance of tunnel, the resistance caused by installation of suspension fan, bracket and road sign, etc.
3) Traffic resistance;
4) The resistance caused by the pressure difference between the tunnel entrance and exit due to the difference of temperature, air pressure and wind speed.
3. Affirming the General Plan of Fan Arrangement
According to the length of tunnel, the total thrust required and the range of thrust provided by jet fan, it is preliminarily affirmed that M sets of fans are arranged on the total length of tunnel, n of each group, and the thrust of each fan is T.
Satisfy the total thrust request of m× n× T≥ T, and consider the following limitations:
1) When n fans are parallel, the transverse spacing of the center line should be greater than 2 times the diameter of the fan.
2) The longitudinal spacing should be greater than 10 times the diameter of the tunnel when the M-group (platform) fans are in series.
4. Determining the Parameters of a Single Fan
The performance of jet fan is weighed by the thrust exerted on the air flow. The thrust generated by the fan is theoretically equal to the momentum difference between the inlet and outlet of the fan (momentum equals the product of the mass flow rate and the velocity of the air flow). The momentum of the inlet kiss flow is zero before the test conditions of the fan, so the theoretical thrust of the fan can be calculated under the test conditions.
Theoretical thrust = p× Q× V = pQ2/A(N)
P: Air density (kg/m3)
Q: Air volume (m3/s)
A: Fan outlet area (m2)
The thrust T1 measured on the test bench is usually 0.85-1.05 times of the theoretical thrust. It depends on the distribution of flow field and the structure of the fan interior and muffler. The thrust data of the fan given in the performance parameter chart of the fan are based on the thrust measured on the test bench, but the measured thrust is not equal to the available thrust T generated by the fan installed in the tunnel. Because the fan hoisted in the tunnel will be affected by the unloading effect (Kodahn effect) caused by the air velocity in the tunnel, the thrust can be reduced. The influence level can be expressed and calculated by coefficient K1 and K2:
T = T1 &amp; times; K1 &amp; times; K2 or T1 = T (K1 &amp; times; K2)
The available thrust (N) of the jet fan installed in the tunnel is T:
T1: Measuring thrust (N) on test bench
K1: The influence coefficient of uniform airflow velocity in tunnel and outlet airflow velocity of fan on thrust of fan
K2: The influence factor of the interval between the axial flow of the fan and the tunnel wall
Analysis of fan selection and application in the following places
Warehouse ventilation
First of all, to see whether the warehouse goods can be inflammable and explosive goods, such as: paint warehouse, we must choose explosion-proof series of fans. Secondly, look at the noise request, you can choose the room upwind fan or environmental centrifugal fan. (And there is a room upwind fan is wind start, more energy-saving.
Finally, depending on the amount of ventilation required for warehouse air, the most conventional axial fan SF or exhaust fan FA can be selected.
Kitchen exhaust
Firstly, regarding the kitchen with indoor direct exhaust fume (i.e. the exhaust outlet is on the indoor wall), SF type axial flow fan or FA type exhaust fan can be selected according to the size of the fume.
Secondly, as for the kitchen with large oil fume and long pipeline and bending disposal, it is strongly advocated to use centrifugal fans (4-72 centrifugal fans are the most common, 11-62 low-noise environmentally friendly centrifugal fans are also applicable), because the pressure of centrifugal fans is higher than that of axial fans, and the oil fume does not pass through motors, so it is suitable for electricity. It's easier to take care of and wash the machine. Finally, it is suggested that the above two plans be used in kitchens with intense lampblack, and the effect is better.
Ventilation in upscale places
As for ventilation in high-grade places such as hotels, tea shops, coffee bars, chess and card rooms and Karaok halls, it is not suitable to use conventional fans.
Firstly, about the ventilation of the small room, the room with the central ventilation duct connected by the ventilation duct can choose FZY series small axial flow fan on the basis of overall appearance and noise. It has small volume, plastic or aluminium appearance, low noise and high air volume.
Secondly, from the perspective of more stringent requirements for air volume and noise, fan box is the best choice. There is muffling cotton inside the box, and the remarkable effect of noise reduction can be achieved after the central ventilation duct is attached outside.
Finally, it is necessary to choose FS type industrial fan with large air volume instead of SF type post type axial flow fan for indoor air blowing in gymnasium. This is from the aspect of appearance and safety.

Last article:Explosion-proof high-pressure blower is the new darling of b

Next article:What are the reasons for too little wind power in blower