2022-07-20 15:40
Farm sewage treatment
The sewage treatment of farms mainly includes sewage treatment, sludge treatment and disposal.
The main characteristics of farm sewage are:
Aquaculture sewage has typical "three high" characteristics, that is, the concentration of organic matter is high, cod is as high as 3000-12000mg/l, ammonia nitrogen is as high as 800-2200mg/l, suspended solids are more than dozens of times SS, color is deep, and contains a large number of bacteria, with high contents of ammonia nitrogen and organic phosphorus. Good biodegradability, concentrated flushing and discharge time, and large impact load.
According to the characteristics of water quality, the suspended solids and chromaticity are removed first, and the coagulation sedimentation process is adopted. The organic matter, ammonia nitrogen and organic phosphorus are treated by biochemistry. Due to the high concentration of pollutants, considering the cost and treatment effect, the Anaerobic + aerobic treatment process is adopted 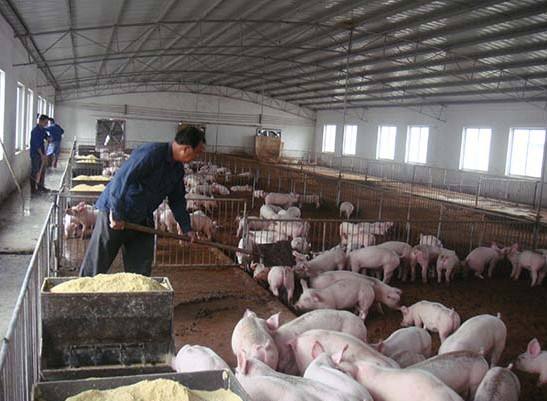 technological process
1 sewage treatment
The sewage is first collected into the grid to remove the suspended solids of large particles, and then enters the physicochemical reaction sedimentation tank to remove the suspended solids, chromaticity and part of COD. The effluent from the primary sedimentation tank enters the anaerobic tank, mainly to degrade the macromolecular organic pollutants into small molecule pollutants, which are completely degraded in the contact oxidation tank. The effluent from the secondary sedimentation tank enters the clean water disinfection tank, and the sterilization effect is achieved through disinfection.
2 sludge treatment and disposal
The sludge of the system is produced in the primary sedimentation tank and secondary sedimentation tank, mainly organic sludge, which can be used as fertilizer after being pressed by the plate and frame filter press.
Treatment process
Aquaculture sewage -- grille -- fecal separator -- regulating tank -- UASB -- SBR -- sedimentation tank -- disinfection tank -- effluent
After coming out of the pig farm, the breeding sewage flows through the grille and grid. After removing most of the bulky debris through the grille and grid, it enters the biogas digester. In the biogas digester, the organic matter is hydrolyzed under anaerobic conditions, and the biodegradable high molecular organic matter is transformed into biodegradable small molecular organic matter for subsequent process treatment.
After the aquaculture sewage passes through the regulating tank, it is sent to the hydrolysis and acidification tank by the lift pump. The acidification and hydrolysis tank adopts the upflow anaerobic sludge reaction bed (UASB reaction tank). At the same time, the mixed liquid returned from the contact oxidation tank is denitrified under the action of denitrifying bacteria to achieve the purpose of biological denitrification! Aquaculture sewage enters the contact oxidation tank to further degrade organic matter and remove a large amount of phosphorus!