Blower Technology     |      2019-09-18 18:51
Fan is a kind of driven fluid side channel blower company, which relies on the mechanical energy input to increase the gas pressure and discharge the gas side by side.
Fans are widely used in ventilation, dust removal and cooling of factories, mines, tunnels, cooling towers, vehicles, ships and buildings; ventilation and induction of boilers and industrial furnaces; cooling and ventilation in air-conditioning equipment and household electrical appliances; drying and selection of grain; ventilation and propulsion of wind tunnels and hovercraft.
The working principle of the fan is basically the same as that of the turbine compressor, but because the gas flow rate is low and the pressure changes little, it is not necessary to consider the change of the specific volume of the gas, that is to say, the gas is treated as an incompressible fluid.
History of fans
Fans have a long history. China has manufactured a simple wooden mill windmill many years ago. Its working principle is basically the same as that of modern centrifugal fans. In 1862, Guibell invented the centrifugal fan in England. Its impeller and casing are concentric circles. The shell is made of bricks. The wooden impeller is made of straight backward blades. Its efficiency is only about 40%. It is mainly used for mine ventilation. In 1880, a spiral casing and a centrifugal fan with backward curved blades were designed for mine exhaust and supply air. The structure has been perfected.
In 1892, France developed the cross-flow fan; in 1898, Irish designed the Sirocco centrifugal fan with forward blades, which was widely used in various countries; in the 19th century, the axial-flow fan had been used in mine ventilation and blast in metallurgical industry, but its pressure was only 100-300 Pa, its efficiency was only 15-25%, until the 1940s. Only then did it develop rapidly.
In 1935, Germany first adopted the axial-flow isobaric fan for boiler ventilation and air induction; in 1948, Denmark made the axial-flow fan with adjustable moving blades in operation; rotary axial-flow fan, meridional accelerated axial-flow fan, oblique-flow fan and cross-flow fan also developed.
Fan classification 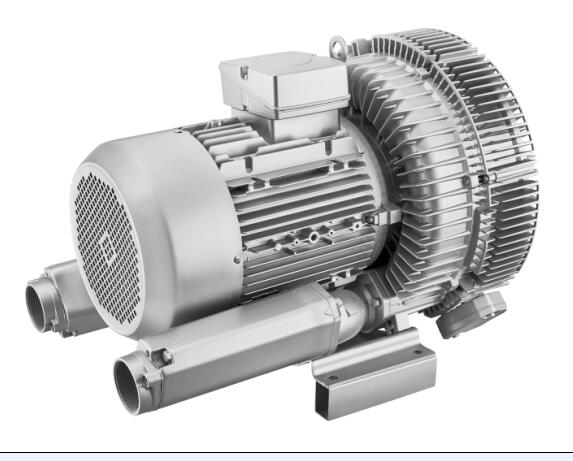 Fans can be classified into centrifugal, axial, oblique and cross flow types according to the direction of gas flow.
The fan can be divided into axial fan, centrifugal fan and inclined fan according to the direction of flow after the air enters the impeller.
Fans can be divided into pressure type local fan (hereinafter referred to as pressure type fan) and flameproof motor placed outside or inside the runner, flameproof motor placed in the explosion-proof sealed chamber of exhaust type local fan (hereinafter referred to as exhaust fan).