What is a side channel blower?

What is a side channel blower?

The development history of Side channel blower has a long history. China has made simple wooden rice hulling windmills for many years B.C., and its working principle is basically the same as that of modern centrifugal fans.
In 1862, guebel invented the centrifugal fan in England. Its impeller and casing are concentric circles, and the casing is made of brick. The wooden impeller adopts backward straight blades, with an efficiency of only about 40%. It is mainly used for mine ventilation. In 1880, cochlear casing and centrifugal fan with backward curved blades were designed for mine ventilation and supply, and their structures were relatively perfect.
In 1892, the cross flow fan was developed in France; in 1898, the Irish designed the Siroco type centrifugal fan with forward blade, which was widely used in various countries; in the 19th century, axial-flow fan had been used in mine ventilation and blast in metallurgical industry, but its pressure was only 100-300 PA, and its efficiency was only 15-25%. It did not develop rapidly until 1940s.
In 1935, Germany first adopted the axial-flow constant pressure fan for boiler ventilation and induced air; in 1948, Denmark made the axial-flow fan with adjustable moving blade in operation; rotary axial-flow fan, meridional accelerated axial-flow fan, oblique flow fan and cross-flow fan were also developed. 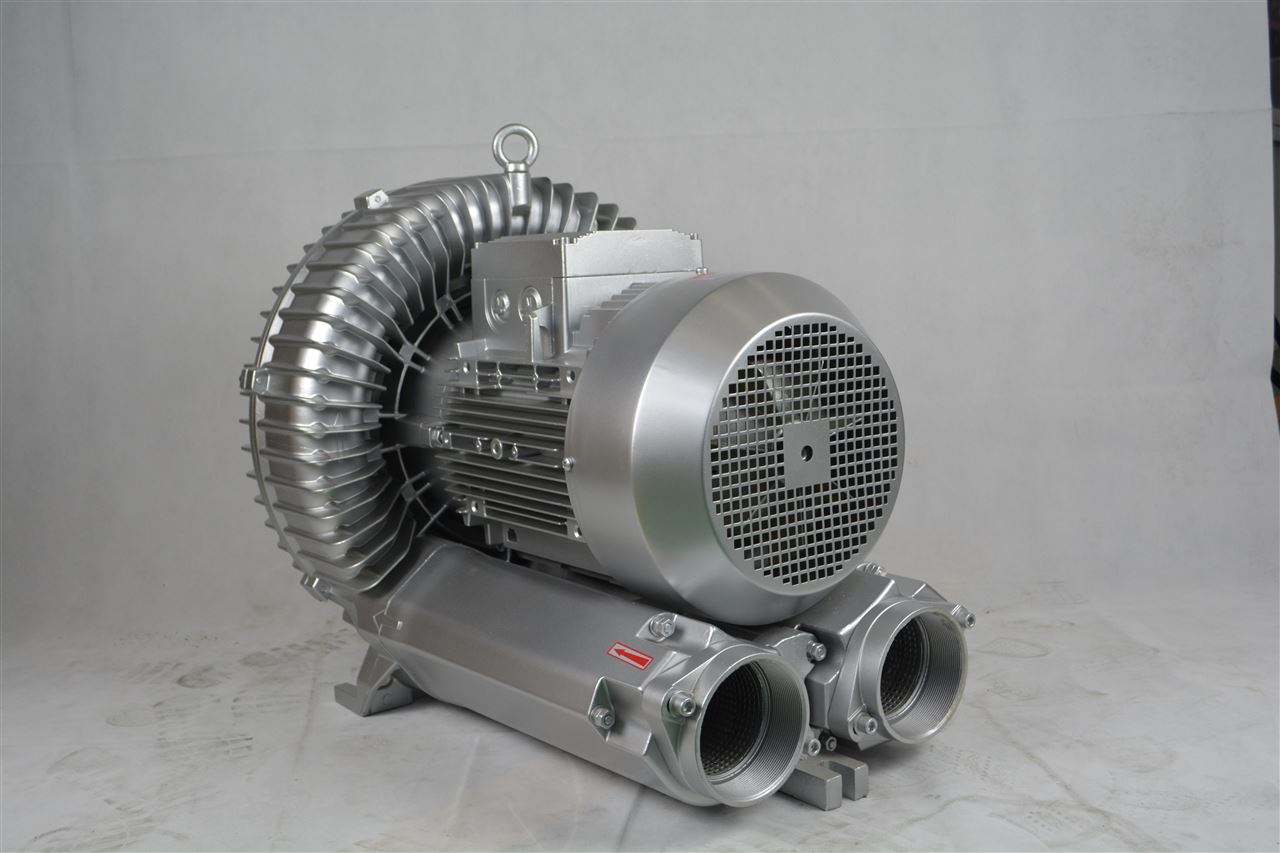 Under the design conditions, the fan with air pressure of 30kpa-200kpa or compression ratio of E = 1.3-3 belongs to the category of high-pressure fan. At present, the air ring vacuum pump is generally classified as high-pressure fan in the industry. Side channel blower, also known as high-pressure blower, is different from general centrifugal high-pressure blower. According to the direction of gas flow, fans can be divided into centrifugal type, axial flow type, oblique flow type and cross flow type.
When the centrifugal fan works, the power machine (mainly the motor) drives the impeller to rotate in the volute casing, and the air is inhaled from the center of the impeller through the suction port. Due to the dynamic action of the blade on the gas, the pressure and velocity of the gas can be increased. Under the action of centrifugal force, it is thrown to the casing along the blade passage and discharged from the exhaust port. Because the flow of gas in the impeller is mainly in the radial plane, it is also called runoff fan.

Next article：The side channel blowers from Dereike airsystems